Gwyneth Paltrow broke out her Winter white this afternoon to unveil her star on the Hollywood Walk of Fame in LA. Unlike recent honouree Reese Witherspoon, Gwyneth didn't bring her kids Apple and Moses out for the event. Instead, the Country Strong star posed with costar Tim McGraw, pal Faith Hill, and a handful of other girlfriends. Gwyneth is out on the West Coast doing a press push for her new movie, which opens on Jan. 7. She spent the weekend at the junket with Tim, Leighton Meester, and Garrett Hedlund. Leighton managed to steal the headlines by announcing her intentions to leave Gossip Girl in 2012, but Gwyneth is renewing her commitment to the small screen. She just confirmed that she'll return to Glee in January, but hopefully will avoid fueling any more drama with the Lohans. 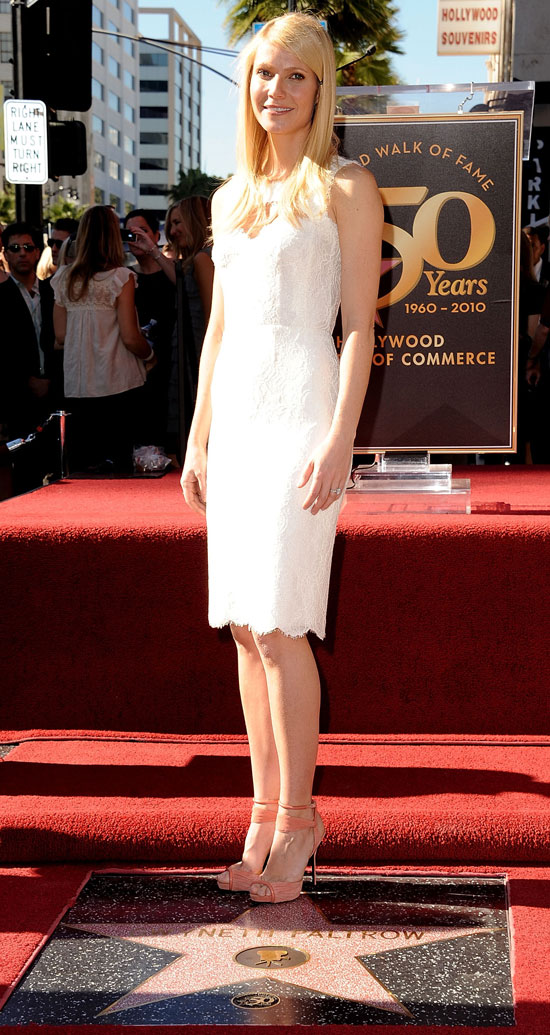