Halle Berry dressed up for a good cause in NYC last night. She — along with guests Mariska Hargitay, singer Estelle, and chef Marcus Samuelsson — showed their support at Mayor Michael Bloomberg's dinner benefiting the Family Justice Centers. Ron Perelman, the CEO of Revlon, was also in attendance alongside Halle, who is a spokesmodel for his brand. Halle made the trip east after spending the last few weeks in LA with Nahla. She's a pro at juggling her adorable daughter with work obligations, and that skill will be useful when she starts promoting Dark Tide ahead of its release later this year. Halle might be adding even more to her plate if rumors about her moving to the small screen prove true. Halle is linked to the TV project Higher Learning, a series likely bound for HBO or Showtime that would feature the actress playing a college professor. 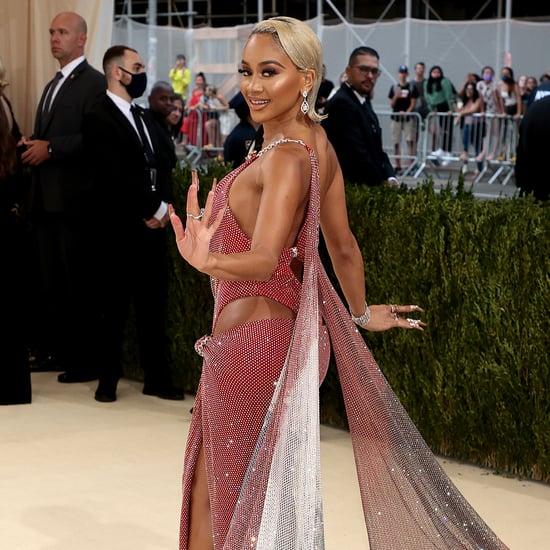 Halloween Costumes 2021
Saweetie Channels Her Inner Catwoman — With the Help of Halle Berry! — For Halloween
by Monica Sisavat 29/10/21

Oscars
Oh, Yes, She Did: Halle Berry Debuted a Dramatic Microbob Haircut at the Oscars
by Perri Konecky 26/4/21