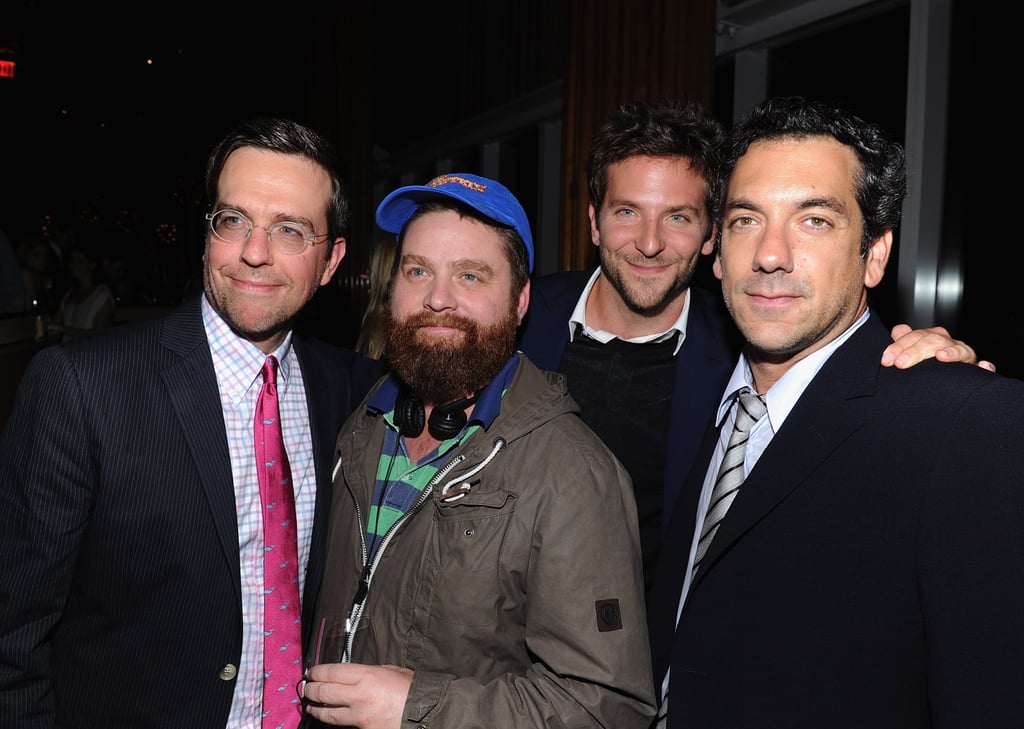 The cast of The Hangover Part II got together with their director, Todd Phillips, for a screening of the comedy in NYC yesterday. Bradley Cooper, Ed Helms, and Zach Galifianakis made the trip east following the premiere of their film in LA last week, and they kept the fun coming with an afterparty at the Top of the Standard. Something Borrowed's Colin Egglesfield was there to show his support as was a pregnant Ivanka Trump, who tweeted that the movie was "hilarious." Also on hand were Victoria's Secret models Alessandra Ambrosio and Selita Ebanks, enjoying a funny break from their recent press for the lingerie brand. The sequel comes out on Friday, just in time for Memorial Day weekend, and early The Hangover Part II reviews seem to suggest that it's worth taking a trip to the theater between your BBQs and beach games.