Following the premiere of Harry Potter and the Deathly Hallows in Leicester Square last night, the stars of the film headed to Freemasons Hall to party the night away. Emma Watson changed out of her dress, which you guys loved, and into trousers and a cute jacket. George Craig also attended the premiere and party, and while there's been specualtion about their relationship since Glastonbury, Emma now says they were only ever friends. Bonnie Wright posed in heels on the red carpet, but switched them for flats as she helped Jamie Campbell Bower hobble on his crutches. They were joined at the afterparty by JK Rowling and loads of their costars, including Rupert Grint, Tom Felton, Helena Bonham Carter, and many more. 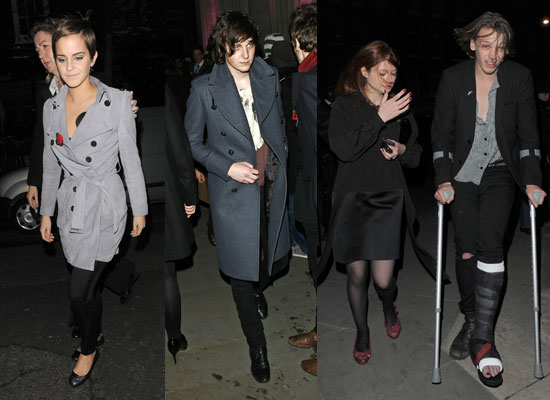