Helena Bonham Carter, Colin Firth and Geoffrey Rush were together today for The King's Speech press conference at the London Film Festival. They chatted alongside director Tom Hooper, and I was there to hear all about their experiences making the moving movie. Helena looked effortlessly beautiful in a revealing tartan number and bows in hair. She spoke about switching between being a witch and a queen, as she was playing "screamy hooligan" Bellatrix in Harry Potter at the same time as shooting this film. Geoffrey described the House of Windsor as the first reality TV family, and dashing Colin recounted his experience of stage fright, which involved locking himself in a toilet! It's already won awards, and I'd recommend you check out the trailer then head to the cinema when it's released in the UK on Jan. 7. The trio attended the premiere in the evening, alongside their partners and famous faces. 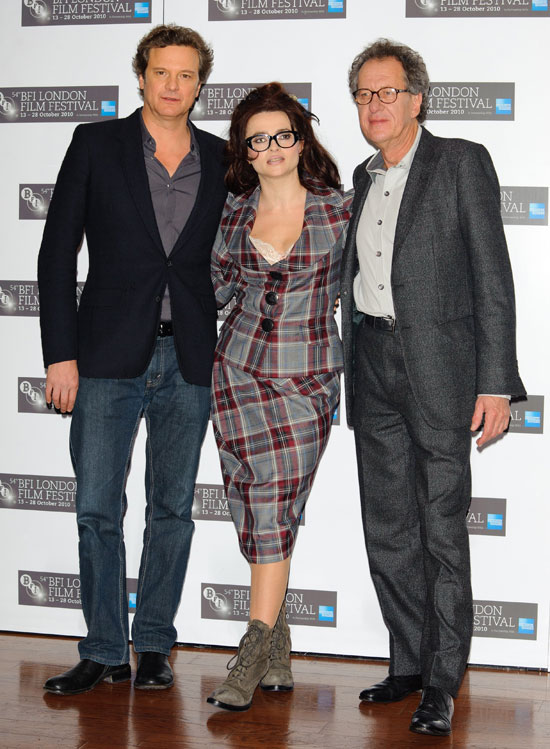