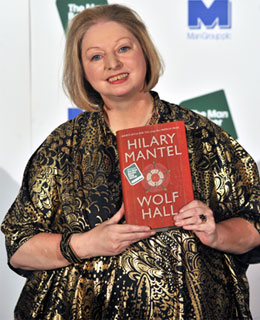 Hilary Mantel has won the 2009 Man Booker Prize for Wolf Hall. The historical novel is based on Henry VIII's adviser Thomas Cromwell, and it took Hilary 20 years to decide to write it. The original long list of 13 books was whittled down to a shortlist of six, and Hilary beat JM Coetzee, Sarah Waters, AS Byatt, Adam Foulds and Simon Mawer to win the £50,000 prize at London's Guildhall last night. At the ceremony, Hilary said:

"When I began the book I knew I had to do something very difficult, I had to interest the historians, I had to amuse the jaded palate of the critical establishment and most of all I had to capture the imagination of the general reader."