After playing football for Holland in the final of the World Cup, Everton's John Heitinga didn't have much time for disappointment when Spain beat them, as he married Charlotte-Sophie Zenden in Ibiza yesterday! Their three day wedding party started on July 14, and Charlotte-Sophie has football in the family, as her brother is Sunderland player Boudewijn "Bolo" Zenden. John and Charlotte-Sophie live in England and have been together since 2004. They have a one year old daughter called Jezebel. Congrats to the happy couple! 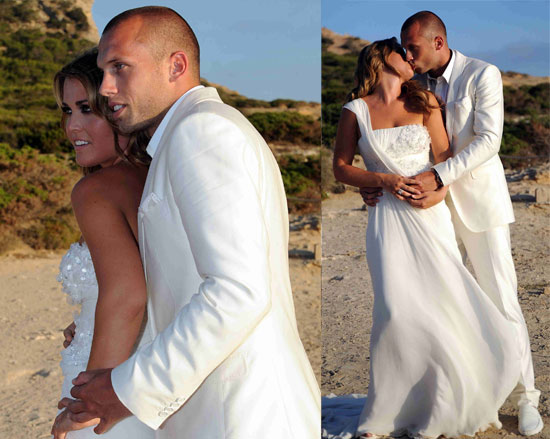