Howard Donald was all smiles as he walked down the street with his brunette girlfriend yesterday. The loved up couple went to Byron restaurant, and cosied up at their table. Howard's Take That bandmate Gary Barlow has been promoting his new duet with Robbie Williams, the pair were busy talking about it and its Brokeback Mountain style video in the capital city yesterday. Gary revealed on Radio One that now Robbie's rejoined the band for at least 18 months, we have a tour to look forward to from the boys, as well as new music as early as November this year! The band are also rumoured to be appearing on The X Factor. 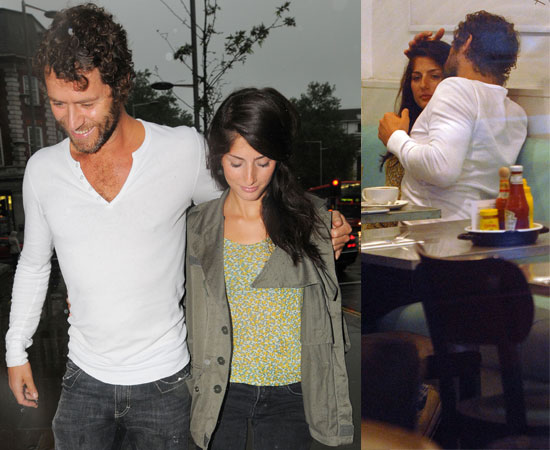