The gang from I'm a Celebrity Get Me Out Of Here arrived at Heathrow Airport yesterday, after their three-week stay in the Australian jungle. Winner Stacey Solomon smiled for the cameras, and runner-up Shaun Ryder pushed his trolley through the arrivals hall. Controversial Gillian McKeith was there too, as were Alison Hammond and Britt Ekland, who both left the show in the same weekend. Sheryl Gascoigne, who was first to be voted out, had her children with her, while the second celeb evicted Lembit Opik was with his girlfriend. 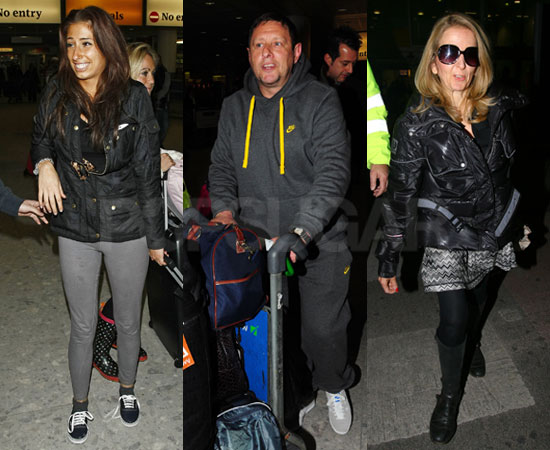 To see more pictures of the contestants, just read more.