After the world premiere of Inception in the UK last week, the cast moved on to Paris where they posed for photos before a screening of the movie. Ellen Page looked fab in a printed dress, and Leonardo DiCaprio looked handsome as ever in his suit. Marion Cotillard upped the fashion stakes in her eye-catching dress, and also gave Michael Caine a friendly cuddle. Newly-engaged couple Tom Hardy and Charlotte Riley arrived together, he looked casual as he approached the premiere, but took his cap off and added a suit jacket before posing for photos. Joseph Gordon-Levitt, Cillian Murphy and Ken Watanabe also attended. 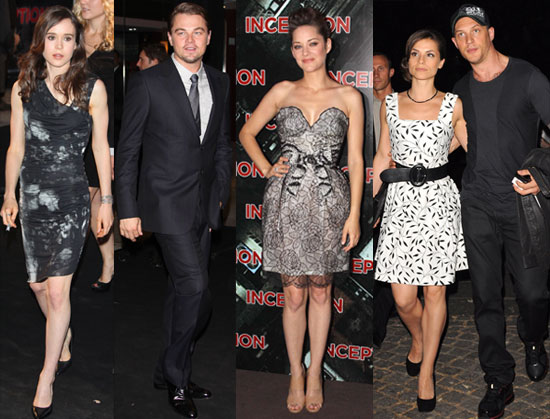