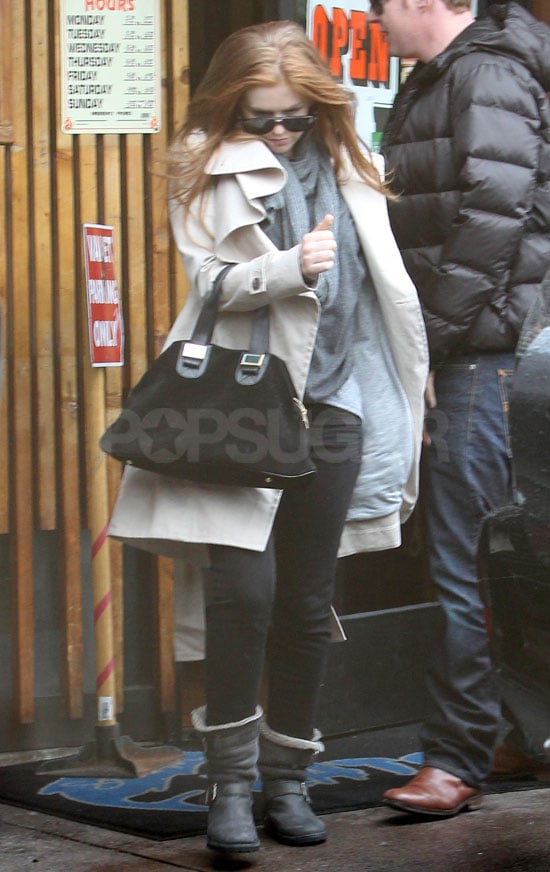 Isla Fisher wore sunnies as she made her way around LA yesterday. The actress and her husband, Sacha Baron Cohen, have had a big year celebrating their milestones privately. They got married in Paris in the Spring, and welcomed their second child in the Autumn. Isla returned to work at the end of October to promote Burke and Hare in London, and she took the baby with Sacha to a meeting with Martin Scorsese at the beginning of this month. They're now back in the US to ring in the New Year, which will see Isla appear on our big screens in animated movie Rango with Johnny Depp.

Previous Next Start Slideshow
Isla Fisher
Around The Web