Jake Gyllenhaal was all smiles as he arrived at the back of the cinema in Leicester Square where the Harry Potter premiere took place last night! His Love and Other Drugs costar Anne Hathaway arrived separately looking chic in a bowler hat and leather aviator jacket — FabUK has all the details on how to get her cute look! They avoided the crowds to be some of the first to see the film, after a day of interviews — and a press conference I attended — for their movie, which comes out in the UK on Dec. 29. They joked around together as they talked about the film, and they get on incredibly well — which has been clear from their US promotion together. 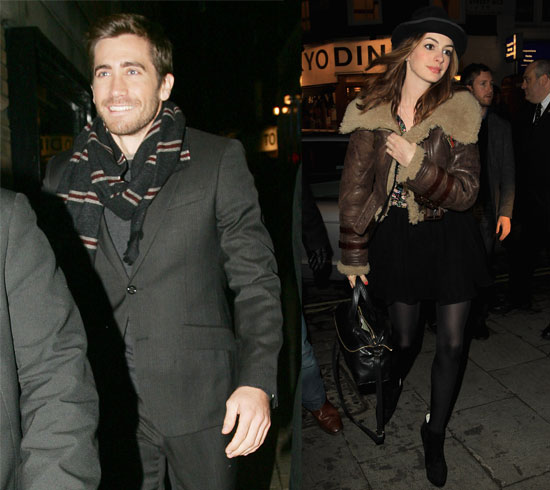 To see more photos of the two, just read more.