Jake Gyllenhaal joined the director of his movie Love and Other Drugs, Ed Zwick, on Saturday to chat about their collaboration during the annual New Yorker festival. While Jake was there to share about his new project, it was also his first official appearance with the serious beard you seem to hope he shaves off soon — do you think he's the sexiest actor with facial hair? Jake spoke about his saucy love scenes with Anne Hathaway in the film, and also opened up about whose career he most hopes to emulate. He said, "Paul Newman is someone who I admire. I think I could make a really good salad dressing, too." 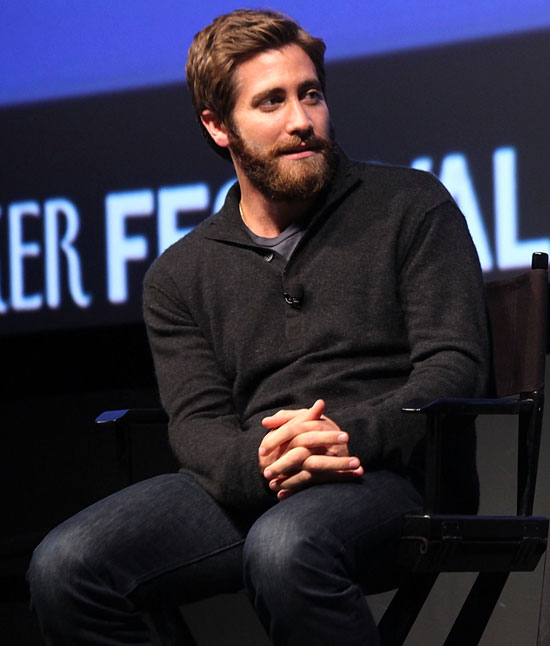 To see more Jake and his beard, just read more.

Image Source: Getty
Love And Other DrugsJake Gyllenhaal
Around The Web

Celebrity Friendships
Aw! Tom Holland Misses Hanging Out With Jake Gyllenhaal, and We Don't Blame Him
by Chanel Vargas 15/4/20