A clean-shaven James Franco stopped by the interview room at yesterday's Academy Awards Nominees Luncheon in LA. The 127 Hours star is not only nominated for best actor this year but will also be cohosting the Oscars alongside Anne Hathaway. James chatted about the sometimes excruciating job of playing hiker Aron Ralston on screen and about bringing a younger and fresher vibe to this year's big award show. He said: 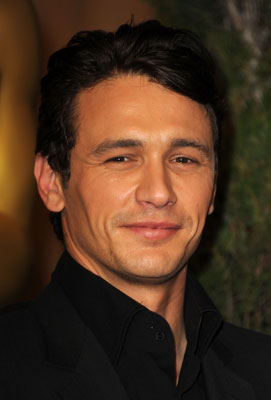