Fresh from closing the London Film Festival, James Franco was in New York last night for the premiere of 127 Hours. He was joined by director Danny Boyle and Aron Ralston, who he plays in the film. The fascinating story attracted celebrity guests including Susan Sarandon, Elizabeth Banks and Agyness Deyn, who wore a sharp suit and has been friends with James since Howl premiered in the city at the start of the year. 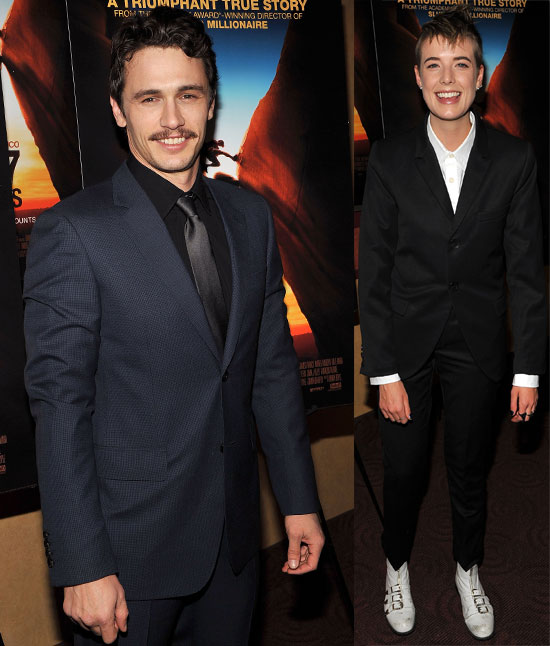 To see more photos, including all the guests, just read more.