James Franco may not have mastered the buttons on his cardigan, but he was in fine form as he talked at the press conference for 127 Hours at the London Film Festival this morning. I was there as he talked with Danny Boyle about how they made the film and how he got into character, discussing the long 20 minute take Danny directed where he tried to get his arm out from under the boulder, bruising and injuring himself in the process. James chatted about how Danny inspires him, and I could have listened to the charismatic pair chat for a lot longer about the making of the film, which screens tonight as the closing gala film of the festival. 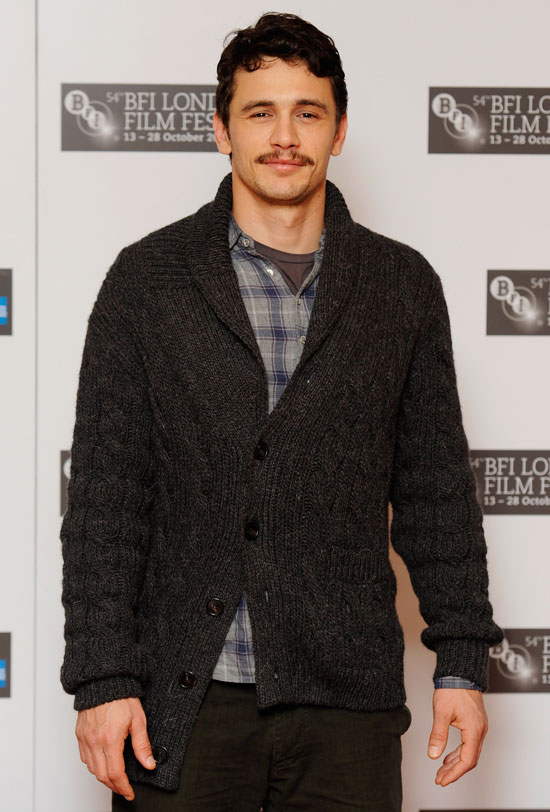