The gorgeous Franco brothers were out in force in LA at the 127 Hours premiere last night. James made the trip from New York where the film premiered earlier in the week, after discussing the movie at the London Film Festival. Director Danny Boyle attended, as did guest Kellan Lutz, stars Kate Mara and Amber Tamblyn, and Aron Ralston — who James plays in the film. James went for a formal Gucci suit for the Hollywood screening, while Dave looked more relaxed without a tie — just for fun, who's your fave Franco brother? 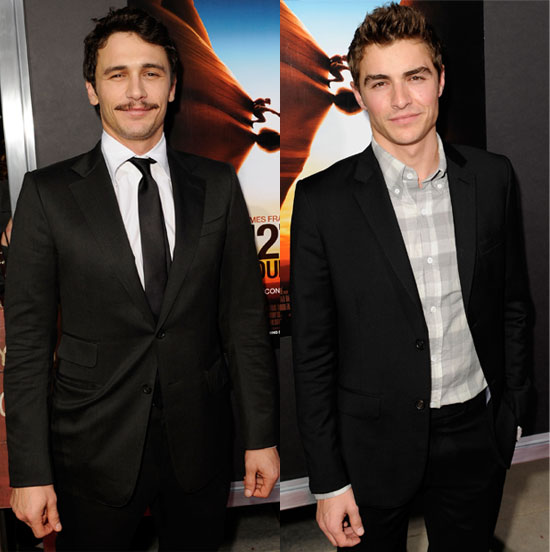 To see more photos, including Minnie Driver and other guests, just read more.