James Franco was in NYC earlier this week to premiere his new movie Howl, and he kept the press tour rolling with a stop at The Late Show last night. The actor shared a story about one of his school teachers who wasn't impressed by his star status — check out a clip from his appearance after the jump. James cleared a few days in his busy academic and extremely personal schedule to promote his new movie, which also stars Jon Hamm. Jon, though, has been absent from the interview circuit after traveling the world to show off The Town, and attending charitable functions. 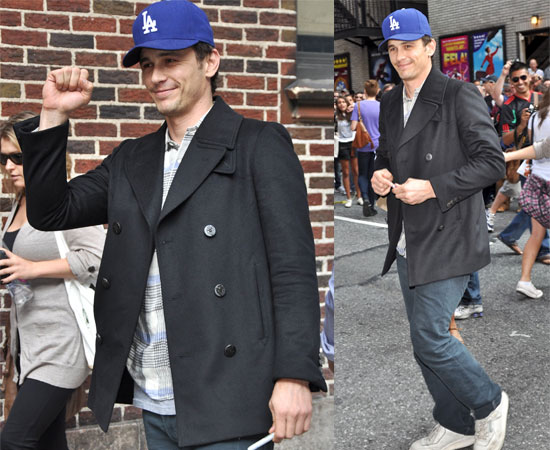 To see more James and video from his interview, just read more.