James Franco arrived at Cannes yesterday and got straight to work with a press conference for Howl. He'll be busy at the festival as he's promoting multiple projects there. Michelle Williams looked chic before she attended the amfAR benefit, as she joined Ryan Gosling to talk about Blue Valentine — his rep has stepped in to state that the costars are not dating. Naomi Watts was out publicising Fair Game at a photocall in the sunshine and then in a glam dress after dark for the premiere. 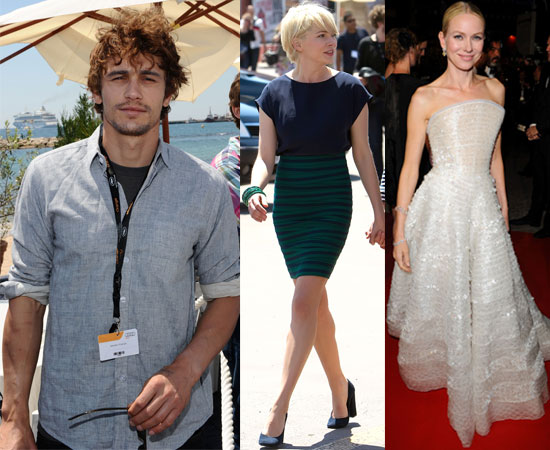