James Franco took centre stage earlier this week at Rob Pruitt's Art Awards in NYC. The 127 Hours actor bulked up for his role as adventurer Aron Ralston and looks like he's done a fine job keeping his biceps buff. James recently revealed that he was turned down for a role in Breaking Dawn, but that heartbreak didn't stop him from jumping at the opportunity to cohost the Oscars with Anne Hathaway. He's hoping to score a nomination for his emotional performance, and he might also get an Emmy nod. James announced that he's found time in his academic schedule to return to General Hospital for another stint on the daytime drama. 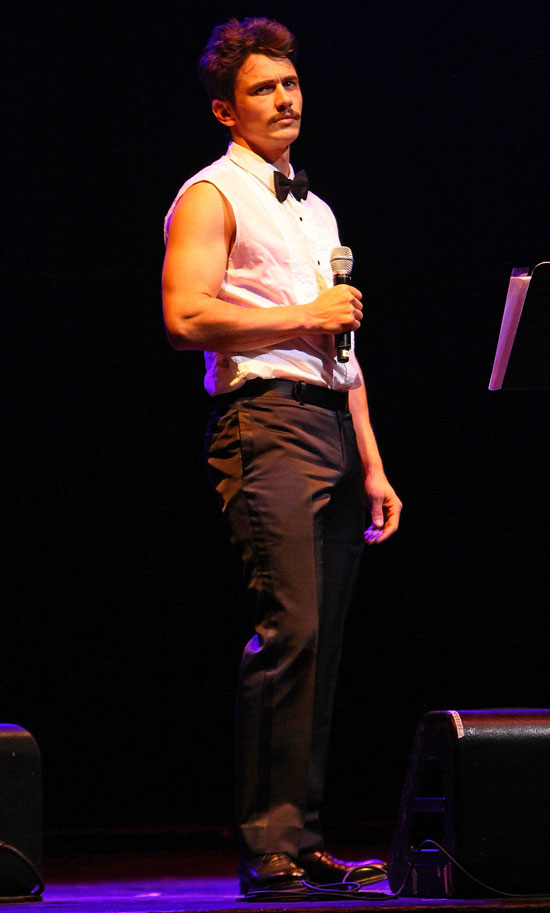