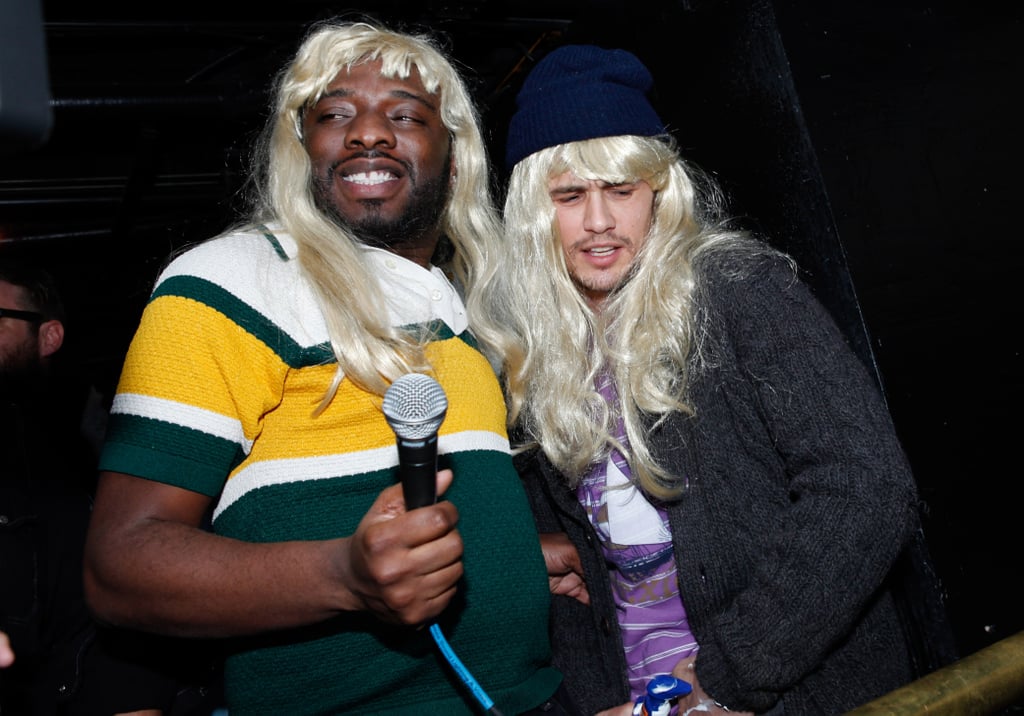 James Franco helped kick off Sundance with a bang on Friday night — check out all the latest film festival news on Buzz! He debuted his multimedia art experiment and live performance, Three's Company: A Drama and stopped by the Variety Studio, where he picked up his stylish Woolrich, John Rich & Bros parka, and The PUMA FaasLab Lounge at The Samsung Galaxy Tab Lift before hitting the party circuit that night. He was the man of the hour at his late night Playboy bash, which was also attended by Eliza Dushku and Rick Fox, Dave Franco, and Danny McBride among others. James sported a number of different funny wigs throughout the evening and at one point he even took the mic to do a little freestyle rapping! James also showed off some pretty wild dance moves and chatted it up with his many fans. James's Sundance shenanigans provided a rare moment for the hardworking actor to let loose between his many projects including hosting the Oscars. He's already started preparing with his cohost Anne Hathaway, and on Tuesday he'll find out if he's also a nominee. We'll be broadcasting the Academy Awards announcement live on PopSugar and replaying it throughout the morning, so tune in!