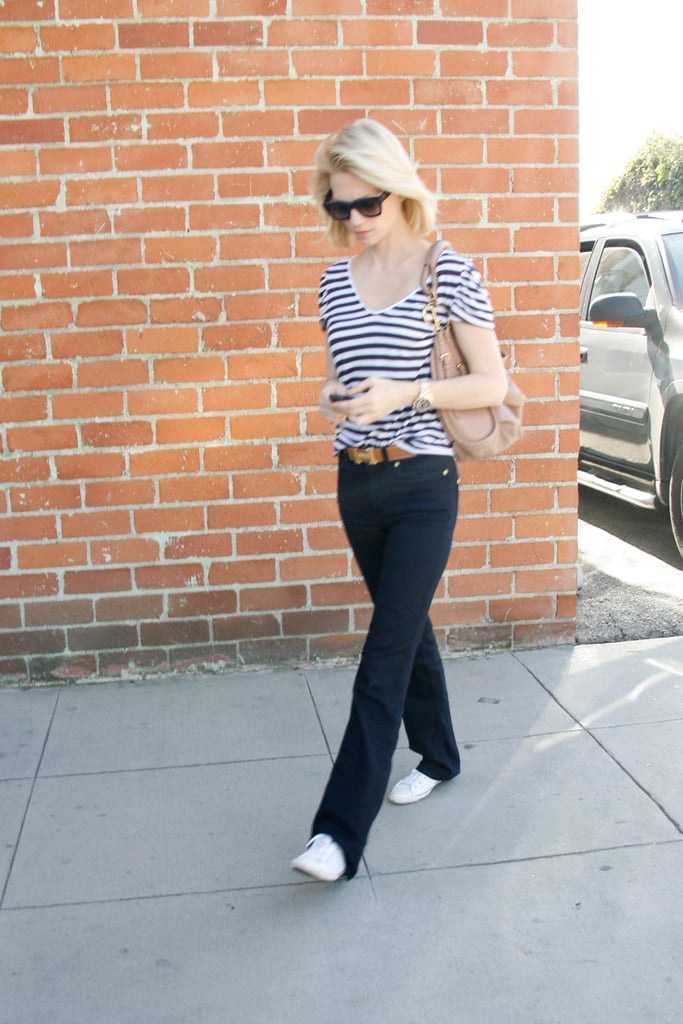 After slipping into a flesh-baring dress for the Golden Globes, January Jones was looking more casual yesterday as she went out shopping in LA. In a stripy top, shades and black jeans, January took a look around AAA Billiards solo — she announced this week that she and her actor boyfriend Jason Sudeikis have split up. She films Mad Men in California, while Jason films SNL in New York, so it's thought that distance was a factor in their breakup.

Previous Next Start Slideshow
January JonesMad Men
Around The Web