Jason Schwartzman, Anna Kendrick and Michael Cera premiered their film Scott Pilgrim vs. the World in LA last night. Their costars Kieran Culkin and Mae Whitman were joined on the red carpet by Peaches Geldof and Eli Roth. The gang were at Comic-Con last weekend, where Anna told Buzz about life on set and Michael dressed like a superhero. The film is out in the UK next month, and the majority of you plan to see it. 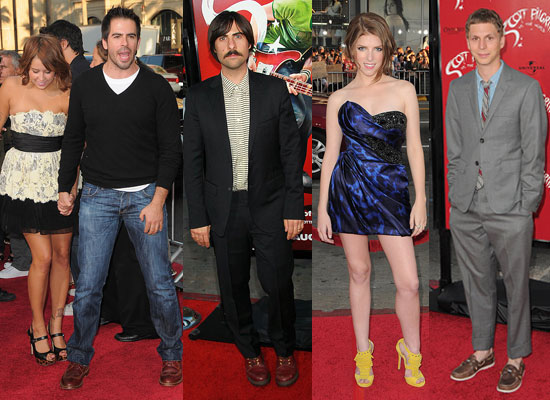