Javier Bardem was the first up at the podium in the interview room at yesterday's 83rd annual Oscar nominees luncheon. Javier, who just welcomed a baby boy with wife Penelope Cruz, is up for best actor in a leading role for his work in Biutiful. Javier answered a couple of questions in Spanish and talked about how honoured he was to land a nomination for a movie that is not in English: 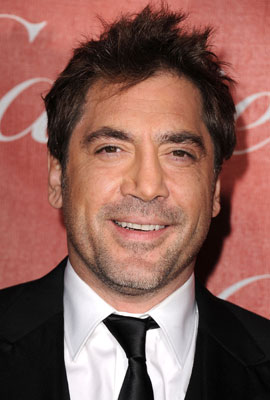