Javier Bardem linked up with his Biutiful director, Alejandro Gonzalez Inarritu, yesterday for a photo call in Madrid. The actor is back to focusing on the project after dedicating himself to a political cause earlier this month, when he joined his mum Pilar at a march protesting Spain's lack of action during a conflict in Northern Africa. Javier's much buzzed-about movie debuts in the US on Dec. 29, and shortly after he'll be honoured with the International Star Award at the Palm Springs Film Festival. He and wife Penelope Cruz are also gearing up for their big personal achievement with the planned arrival of their first child early next year. 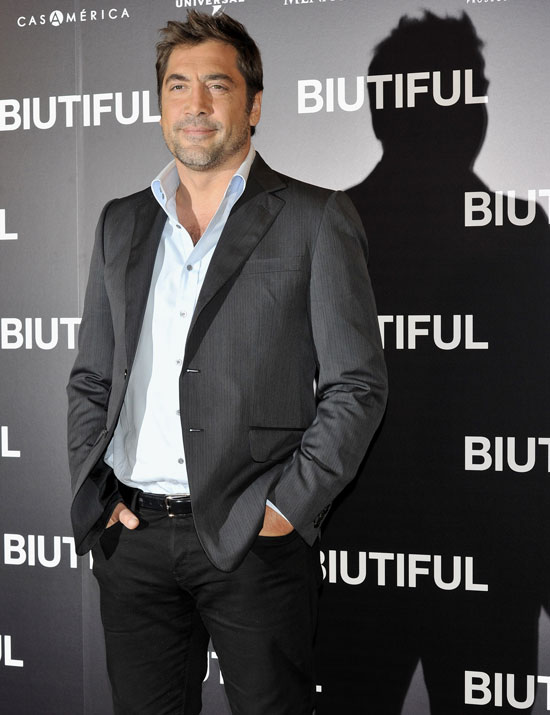 Sam's Club
Even Charity Can't Make Hugh Jackman Be Nice to Ryan Reynolds: "Everyone Hates You"
by Mekishana Pierre 4 weeks ago