Jennifer Aniston wore a black jacket and skirt with heels as she filmed Wanderlust in NYC today. The actress wore leather when she was off duty visiting a friend in Tribeca earlier in the week too. As well as shooting her new film, Jen's also taken to the stage during her stay in New York, making a cameo in 24 Hour Plays. Production on Wanderlust has moved to the East Coast from Georgia, and Jen's combining work with fun nights out with friends. 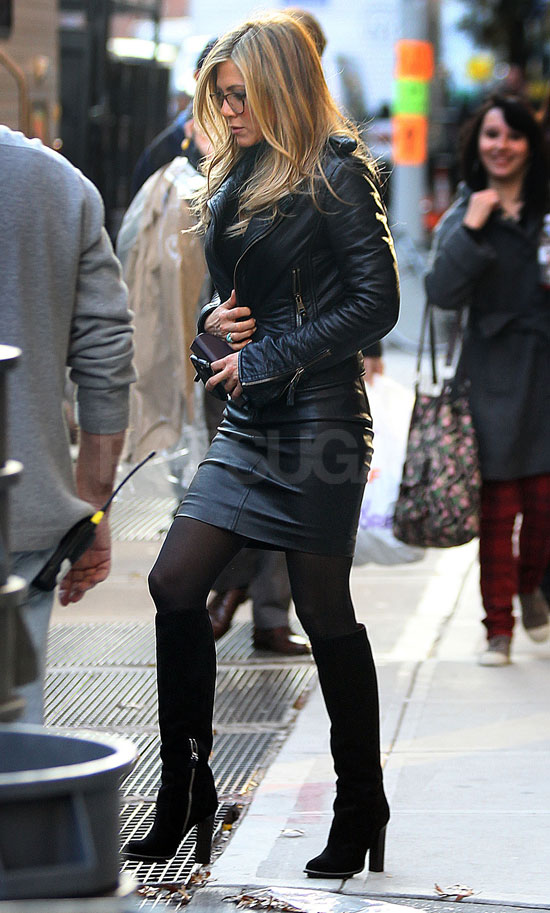