Jennifer Aniston smiled as she visited a friend in Tribeca yesterday. She was rocking the biker chick look in a black jacket and boots. The actress has stayed true to her favourite kinds of roles with Just Go With It, the trailer for which was released earlier this month. She's also been the subject of romance denials, but the world's most eligible woman takes it all in her well-heeled stride. Jennifer's on the East Coast following her time in Georgia filming Wanderlust with Malin Akerman, who has praised Jen. Courteney Cox has also spoken out about her gratitude to her BFF for her support during Courteney's breakup, saying: "She's has been amazing. She's the greatest girl and we hang out together all the time." 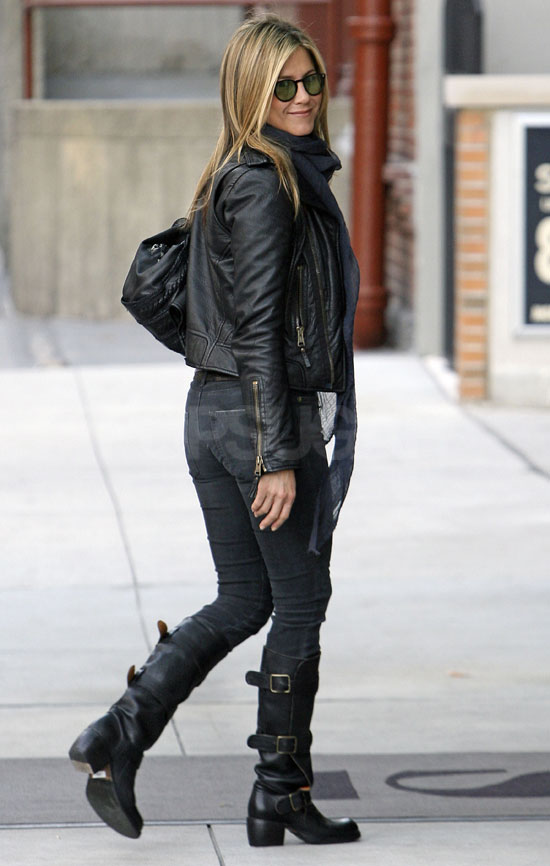