Jennifer Lopez and Bradley Cooper were in the front row to watch as Tommy Hilfiger presented his Spring 2011 collection during New York Fashion Week. They were right next to Christina Hendricks, who opted out of staying home to watch the new drama-filled episode of her series Mad Men. Jessica Szohr prepped for the American debut of Gossip Girl season four by indulging in the Big Apple's latest styles, and later she met up with real-life boyfriend Ed Westwick at Tommy's huge afterparty, which featured a rare performance by The Strokes. As for Jessica's female costars, Michelle Trachtenberg hit FNO and Leighton Meester has also been all over the runway front rows, though Blake Lively took a few days off to promote The Town at TIFF. 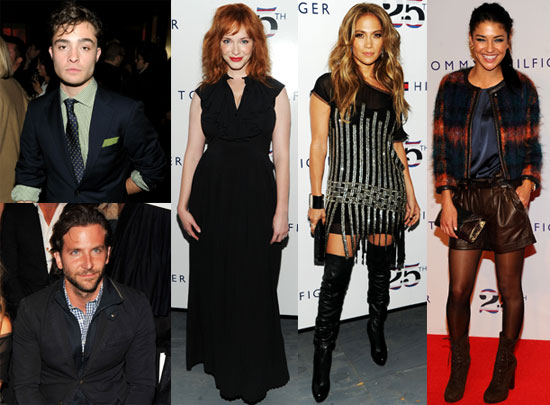 Beyonce Knowles was spotted outside in full hair and makeup after walking the runway in a top-secret Tom Ford show while her sister, Solange, watched from the audience. Emma Roberts wore white to watch Monique Lhuillier's presentation of gorgeous dresses, while Kelly Osbourne sat front row next to her fellow Dancing With the Stars alumna Denise Richards at Tracy Reese. Ashley Greene chose a bold colour to attend the Donna Karan show today, straight from keeping it neutral at the VMAs on Sunday. 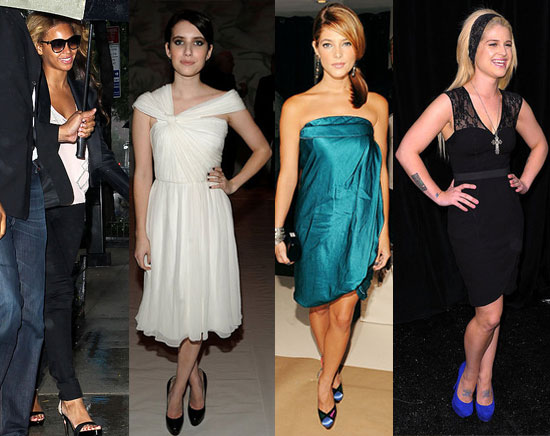 To see more from the shows, just read more.

Fashion INterview
What It Means to Have Style Right Now: 46 Designers, Models, Influencers, and Stylists Weigh In on Fashion's Big Question
by Hannah Weil McKinley 14/10/20

Spring Fashion 2021
Storm Reid, Elle Fanning, and More Sit Front Row at the Miu Miu Show — From Behind a Screen
by Sarah Wasilak 06/10/20