Jesse Eisenberg was among the award season front-runners who stopped by the interview room yesterday at the Oscars nominee lunch in LA. He followed Javier Bardem and kept things similarly humble and lighthearted. The Social Network star cracked a few jokes as he took questions and opened up about meeting Mark Zuckerberg during SNL. He said: 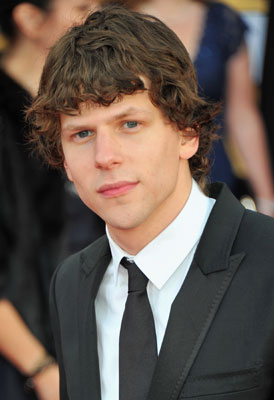