Jessica Alba models various shades of pink for her dreamy December Elle cover shoot. Inside, she talks about figuring out the next phase in her career and even admits to knowingly taking on less-than-challenging roles in her past. The actress, who is currently at work on Spy Kids 4, says Honor is her top priority these days and being a mom has made her more picky with projects. Jessica has been enjoying family life during her breaks from the set and spent Halloween with Honor before dressing up as a zombie for a concert. Here are highlights: 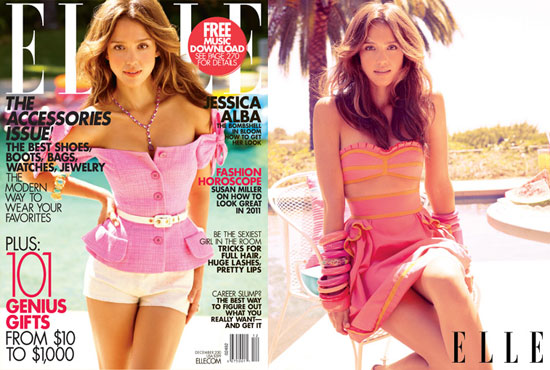