Jessica Simpson and Eric Johnson enjoyed a pre-Thanksgiving meal in New York last night with their in-laws. The engaged couple kept their arms around each other as they left the restaurant, making the most of their time together as Jessica's been keeping busy with radio and TV interviews for her new festive album Happy Christmas. She revealed that Eric hid her engagement ring in a shoe so she wouldn't find it, and her mum, dad and sister Ashlee knew three weeks before he proposed. She also talked babies saying though they weren't imminent, she sees herself and Eric with a family in the future. Today she'll be performing in the Macy's Thanksgiving Day Parade, before preparing a vegan meal for their families. 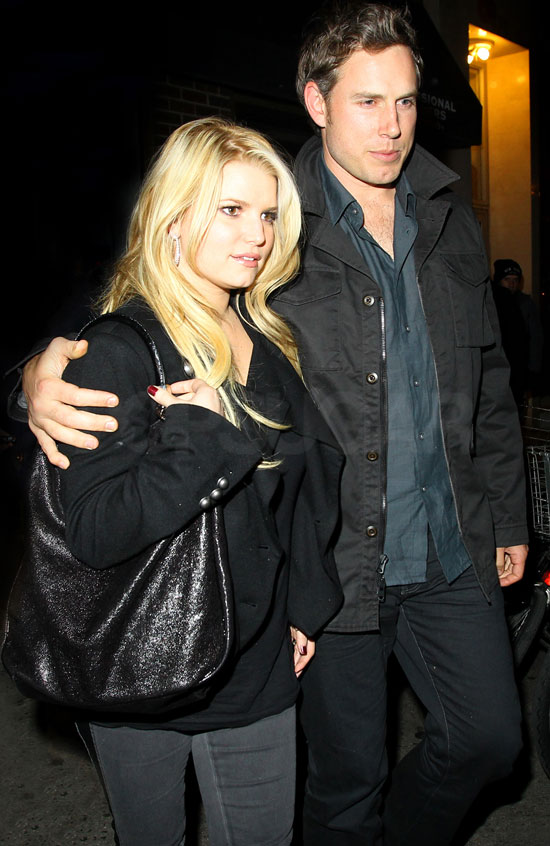