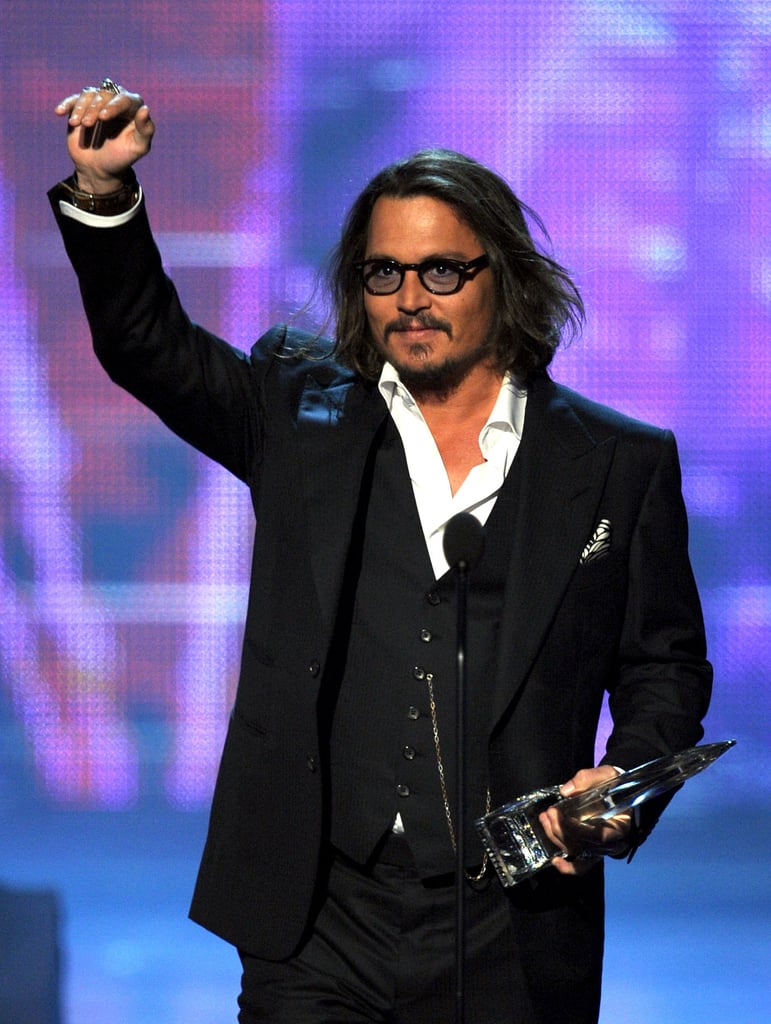 Johnny Depp graciously accepted the award for favourite male movie star at the People's Choice Awards in LA last night. He's a frequent winner in the category, though Twilight fans were still surprised to see Johnny come out on top of Robert Pattinson. Taylor Swift presented the statue to sexy Johnny, and he sweetly passed on a hello to the country star from his daughter, who is apparently a huge fan. Johnny is also up for a Golden Globe for his work in The Tourist, so perhaps this is only the beginning of his award season success. Weigh in on all the night's fashion with Fab and Bella's live love it or hate it polls!

Johnny Depp
Why Milani Cosmetics Was Named in the Amber Heard vs. Johnny Depp Trial
by Sabienna Bowman 24/4