Johnny Depp smiled as he hung out with crew on the set of Pirates of the Carribean 4 in London yesterday. Later he was seen hanging out of a third floor window in his familiar costume, after climbing up on a horse-drawn carriage earlier this week. It's not just fun stunts that have had Johnny entertained during his time in the UK — he went out with his inspiration, costar and friend Keith Richards for dinner earlier this month. 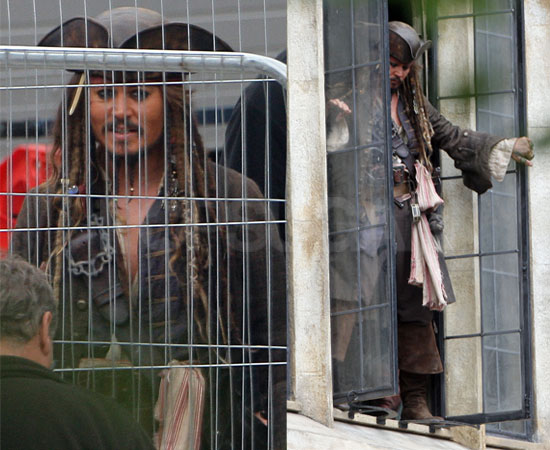