Johnny Depp appeared on David Letterman's show in NYC last night, promoting The Tourist, in which he stars with Angelina Jolie. His perfect beauty of a costar has been spending time with her family in the city since the premiere on Monday night where she walked the red carpet with her man Brad Pitt. Johnny's said that Angelina's sense of humour is perverse and the film's director said Johnny brought the funny to the film in his performance. Last night David asked him about old costar Al Pacino, causing Johnny to do an impression as he repeated a joke his costar told him — check it out after the jump! 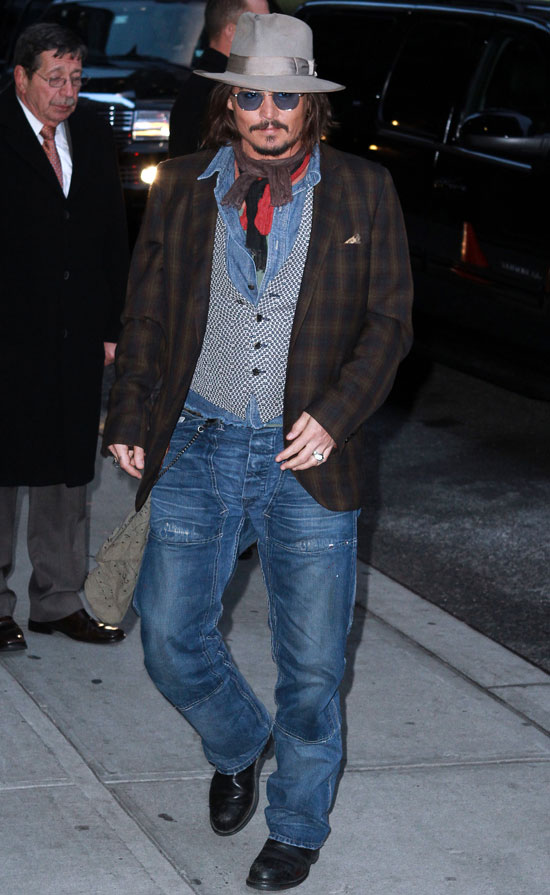