Johnny Depp was joined by his double again to film another scene for Pirates of the Caribbean 4 yesterday. While Johnny stood on top of a horse-drawn carriage and concentrated, his double obviously found something amusing and stood with a big grin on his face. Johnny has apparently not been enjoying the food on set, instead ordering noodles to eat on his breaks. Meanwhile police have been employed to help the extras cross a street in Greenwich. His old costar Keira Knightley says she can't wait to see the new one although she says she's "on a different path now". 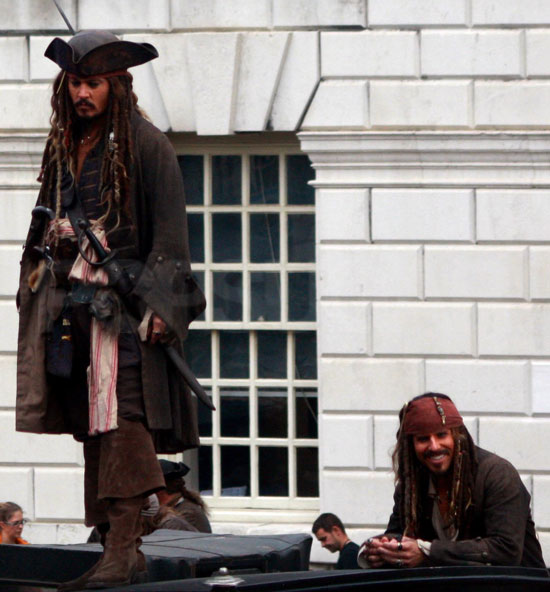