Johnny Depp and Penelope Cruz were on set for Pirates of the Caribbean: On Stranger Tides in Hawaii yesterday. Johnny's back as Captain Jack Sparrow, and Penelope plays newcomer Angelica. Yesterday we got a glimpse of Johnny back in character as he addressed the audience at Comic-Con, giving us a tease of what's to come in the next installment of the series. Geoffrey Rush is also back as Barbossa, and Johnny seems to be keeping the crew entertained — are you looking forward to more Captain Jack? 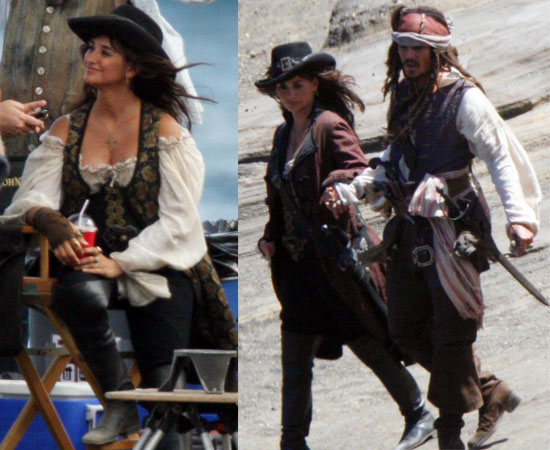