Elisabeth Moss and Jon Hamm posed under the Cannes sun this afternoon, after stepping out for an event together yesterday. They're in France showcasing the latest season of Mad Men at the MIPCOM trade show, where Jon spoke about getting the series into new countries. He said, "AMC's still a relatively small network, so anything that we can do as actors to broaden that audience is helpful in the grand scheme of things." In reality, Jon's been focusing on new projects like his upcoming Saturday Night Live hosting gig and a live appearance on 30 Rock. Jon and Elisabeth's costar John Slattery is also lined up for a guest spot on Tina Fey's comedy, and he'll once again play a politician after his steamy city councilman role on SATC. 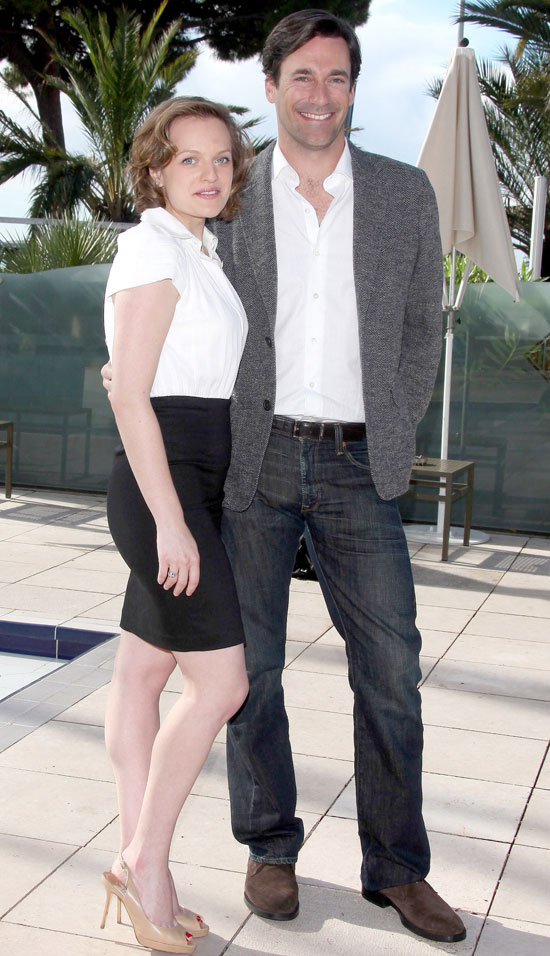