Jon Hamm hosted an event for luxury watch company Jaeger-LeCoultre with his girlfriend Jennifer Westfeldt in NYC earlier this week. He's back in the States following a trip to Cannes where he promoted Mad Men alongside costar Elisabeth Moss. He also stars as one of Liz Lemon's many love interests in 30 Rock, and was one of the cast in the live episode of the show which aired last night. The special guests also included Matt Damon as pilot Carol, and they all performed once for the East Coast and once for the West. 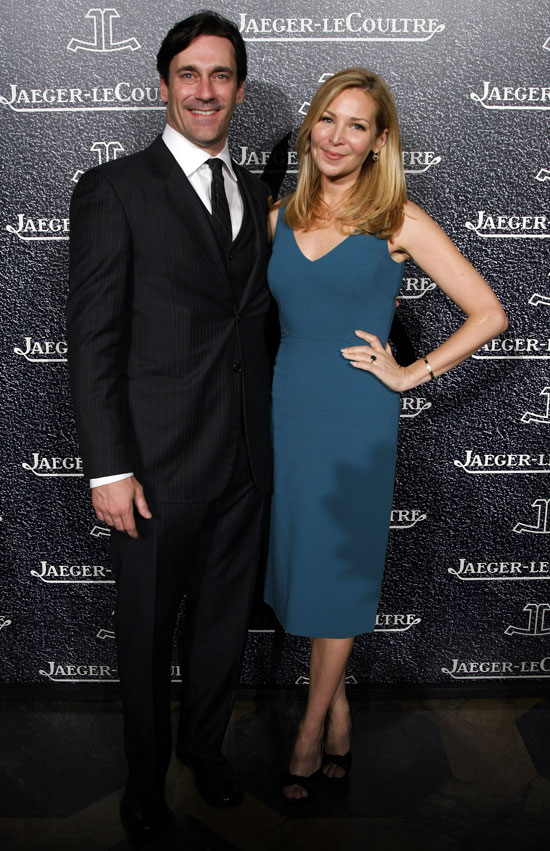