It was a good weekend of manjoyment in Canada, with a handful of Hollywood's hottest touching down to promote movie projects at the Toronto Film Festival. Josh Hartnett had a busy Saturday at the premiere of his Bunraku before moving on with his cast to the afterparty. Scott Speedman looked good in his denim shirt with his costars like Minnie Driver at a press conference for Barney's Version. Matt Damon kept the good times going at a screening of Hereafter with Bryce Dallas Howard and their director Clint Eastwood. Freida Pinto and Dev Patel upped the festival's cute factor by making an adorable and PDA-filled cameo supporting her new Woody Allen project You Will Meet a Tall Dark Stranger. Hayden Christensen and Thandie Newton stuck together for their red carpet debut of Vanishing on 7th Street. The cinema event is in full swing following a star-studded few days — stay tuned for more! 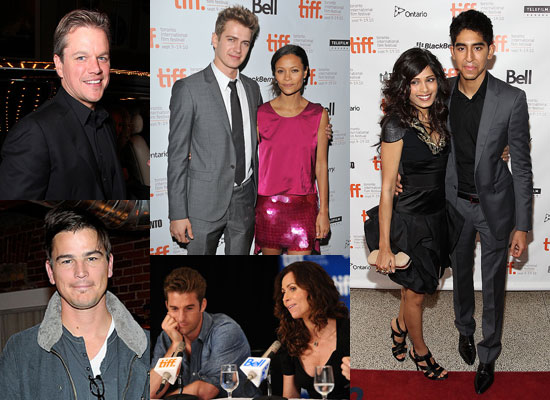 To see more pictures from the festival, just read more.