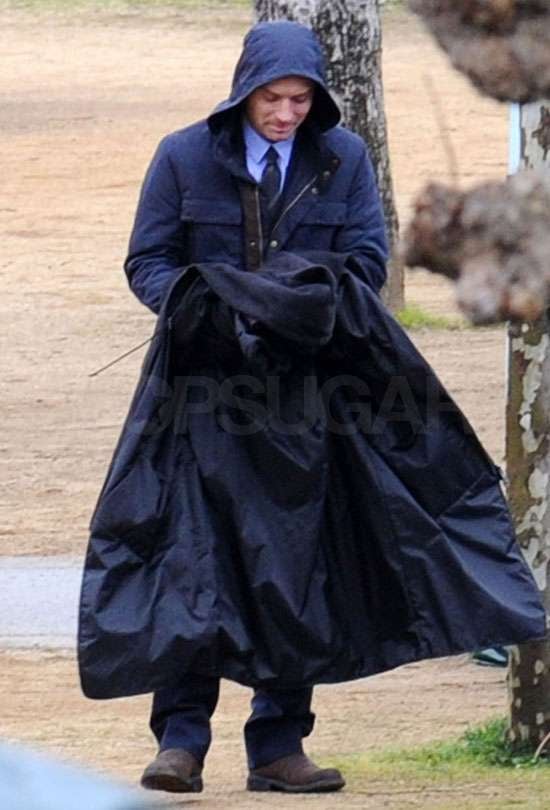 Jude Law wore a mac as he filmed Contagion in Golden Gate Park yesterday. The actor has been shooting in San Francisco since his breakup with Sienna Miller, and has worn crazy costumes for the film. His next role could give him a lot to sink his teeth into, as reports suggest he's in talks for the lead role in Dracula remake The Last Voyage of the Demeter, which might have David Slade as director.