Jude Law was in the Czech Republic yesterday for the International Carlsbad Film Festival, while Sienna Miller arrived at LAX. The couple have gone their separate ways for a little while, after watching a gig in London together last in week. Jude has joined the cast of Hugo Cabret, and as the Martin Scorsese movie is due to start filming in London this week, Jude should be back on home turf soon. He's also got his mind on legal issues, and he has reportedly issued a writ to stop Sadie Frost revealing the secrets behind their marriage in her upcoming book. 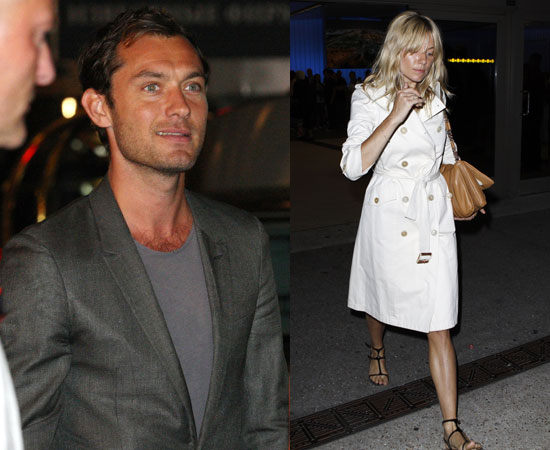