Jude Law launched a film competition as part of the London 2012 Cultural Olympiad at the Petchey Academy in Dalston yesterday. He was with Jeremy Gilley again, after their trip to Paris, and the duo encouraged pupils who made a short about peace. Jude also made time this week to support Sienna Miller at her London Fashion Week show. Jude's ex Sadie Frost has been supportive of Sienna too, saying: "I like Sienna a lot, she's a great girl". 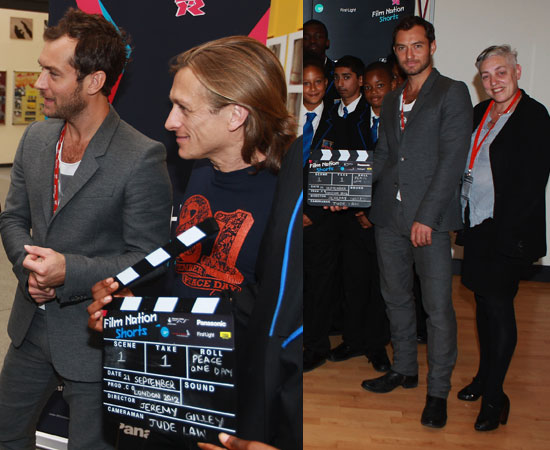