Jude Law strolled through the Roissy Charles de Gaulle Airport with his good friend Jeremy Gilley yesterday. Jeremy, who is expecting a child with Emilia Fox, has worked with Jude over the years to promote the UN's annual Peace Day. Jude also has his own exciting events coming up in his personal life, as he plans his wedding with Sienna Miller. When Jude was in Paris in March he filmed a Dior ad with Guy Ritchie, and the short film was released last week. Jude will reunite with Guy for Sherlock Holmes 2, and Swedish actress Noomi Rapace from The Girl With The Dragon Tattoo has just been cast in the female lead role. 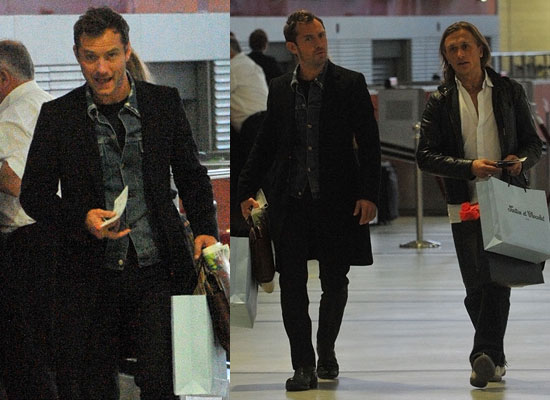