Jude Law and Robert Downey Jr were dressed as Watson and Sherlock today as they filmed scenes for Sherlock Holmes 2 in Richmond Park. Guy Ritchie was on set too directing his leads, after the trio watched a UFC fight on Saturday night. As shooting continues we'll see new cast members Noomi Rapace, Stephen Fry and Jared Harris join the gang. 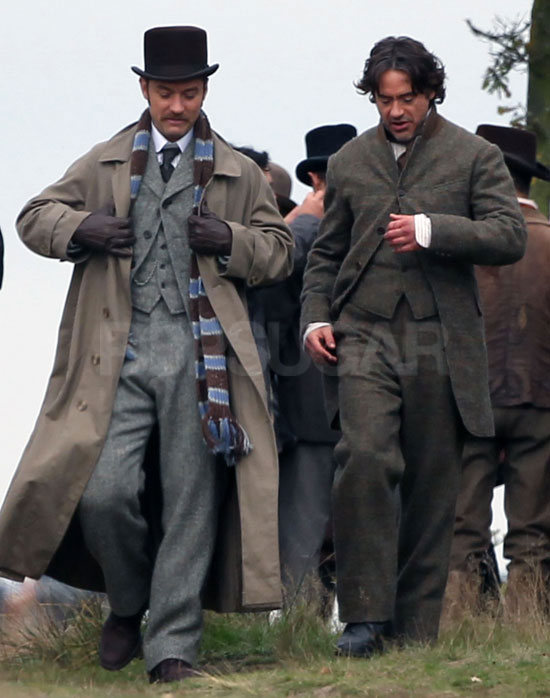