Robert Downey Jr, Guy Ritchie and Jude Law watched UFC's Fight Night at the O2 Arena in London on Saturday. Jude's been showing off his moustache on dates with Sienna Miller, but Sienna was absent from the boys' night out as she was busy in LA at the Esquire House opening. The trio are together again to film Sherlock Holmes 2, after Jude and Guy shot a Dior ad in Paris. They've got some new faces joining them for the sequel, with Noomi Rapace in the lead female role, Stephen Fry as Sherlock's brother, and Jared Harris as Moriarty. 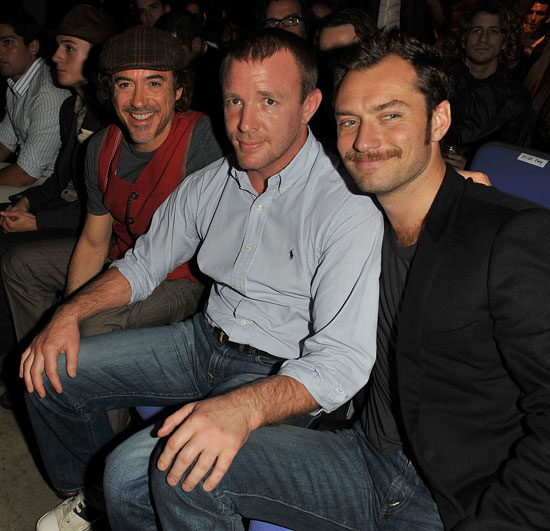