Sienna Miller and Jude Law dined at C London with producer Jerry Bruckheimer last night. The stubble Jude has been showing recently has grown into fully fledged facial hair, which won him best moustache-for-a-role in my Best of 2008 Awards! It looks like Jude is prepping for Sherlock Holmes 2, and following the news that Noomi Rapace will play the female lead role, it has also been revealed that Stephen Fry will play Sherlock's brother. 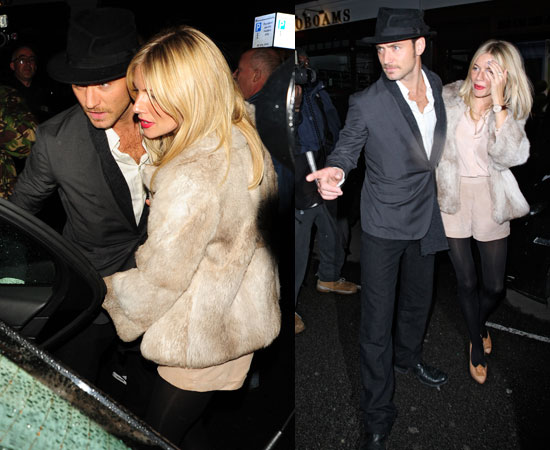