Justin Timberlake, Andrew Garfield and Jesse Eisenberg posed together to promote The Social Network in London yesterday. The cast has spent the week in Europe premiering the buzzed about film, which is number one at the US box office. Justin plays the cofounder of Napster in the flick but has recently revealed that he likes listening to records not MP3s. While Justin is putting his next record on hold for now to focus on his blossoming acting career. 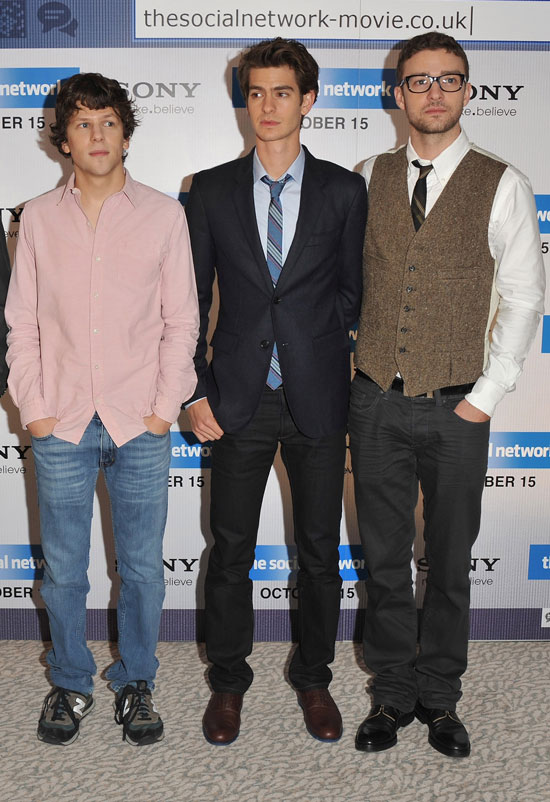 To see more pictures of Justin and his costars, just read more.