Justin Timberlake kept his The Social Network press tour rolling over the weekend in NYC, where he, costar Jesse Eisenberg, and screenwriter Aaron Sorkin chatted about their project during the New Yorker festival. Their fellow participant Jake Gyllenhaal made headlines with his beard, but JT and company stuck to their topic at hand and spoke about their dedication to representing the true story of Facebook's start. All of Justin, Jesse, and Aaron's hard work paid off big time at the box office as tons of people turned out to see their number one movie. The gang headed next to Europe to start promotion abroad, and they gathered last night for a premiere in Paris with Andrew Garfield, after Justin attended PFW with Liv Tyler. 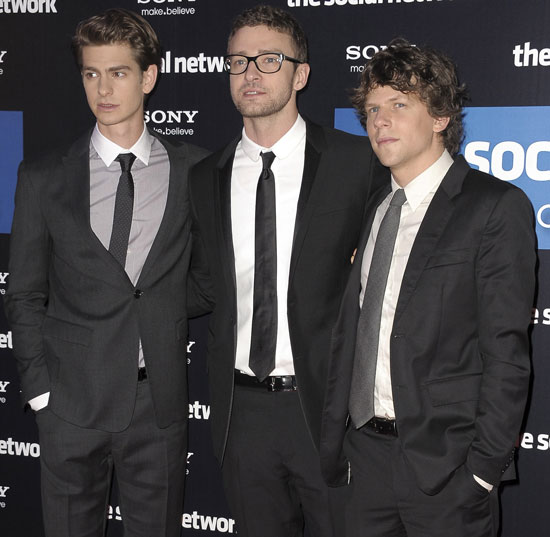