Last night, Justin Timberlake and Jesse Eisenberg attended a showing of The Social Network in New York City. While Justin skipped the afterparty, Jesse attended to celebrate the already critically acclaimed movie. Justin is focusing on the acting at the moment instead of music, recently saying, "Does a painter make a painting because he has to make it by December 21st? No, he doesn’t. It happens when it pours out of him. That’s how music is for me..." If you want more info about Justin and Jesse's characters Buzz has taken a look at the real people behind them. Celeb guests at the screening included Peter Facinelli who's gearing up for Breaking Dawn. 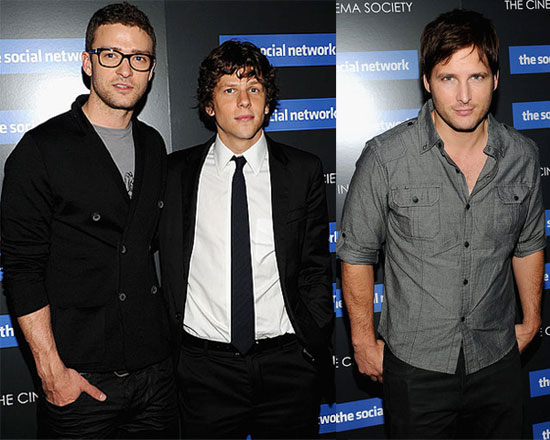