Justin Timberlake cheered on the Lakers as they maintained their undefeated record with a win against the Portland Trailblazers in LA this weekend. He had the night off from filming Now to sit courtside with other fans like Chevy Chase, Khloe Kardashian, and Jaleel White, who's best known for his former role as Steve Urkel on Family Matters. Justin's moved on to his next project after working on Friends With Benefits with Mila Kunis over the Summer, and we just got our first peek at the romantic comedy's hilarious trailer. He's been focused on making movies and not music lately, though he also has his hands in other ventures. Justin apparently will be involved in opening a second Southern Hospitality in NYC, after the success of his first restaurant with business partner and childhood friend Trace Ayala. 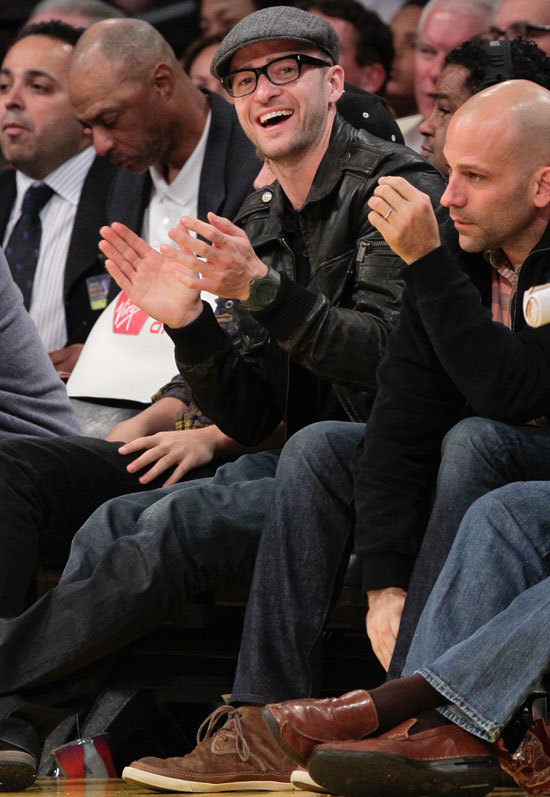 To see more from the Lakers game, just read more.

Celebrity Kids
Justin Timberlake Confirms He and Jessica Biel Are Now a Family of 4: "We're Thrilled"
by Brea Cubit 1 day ago